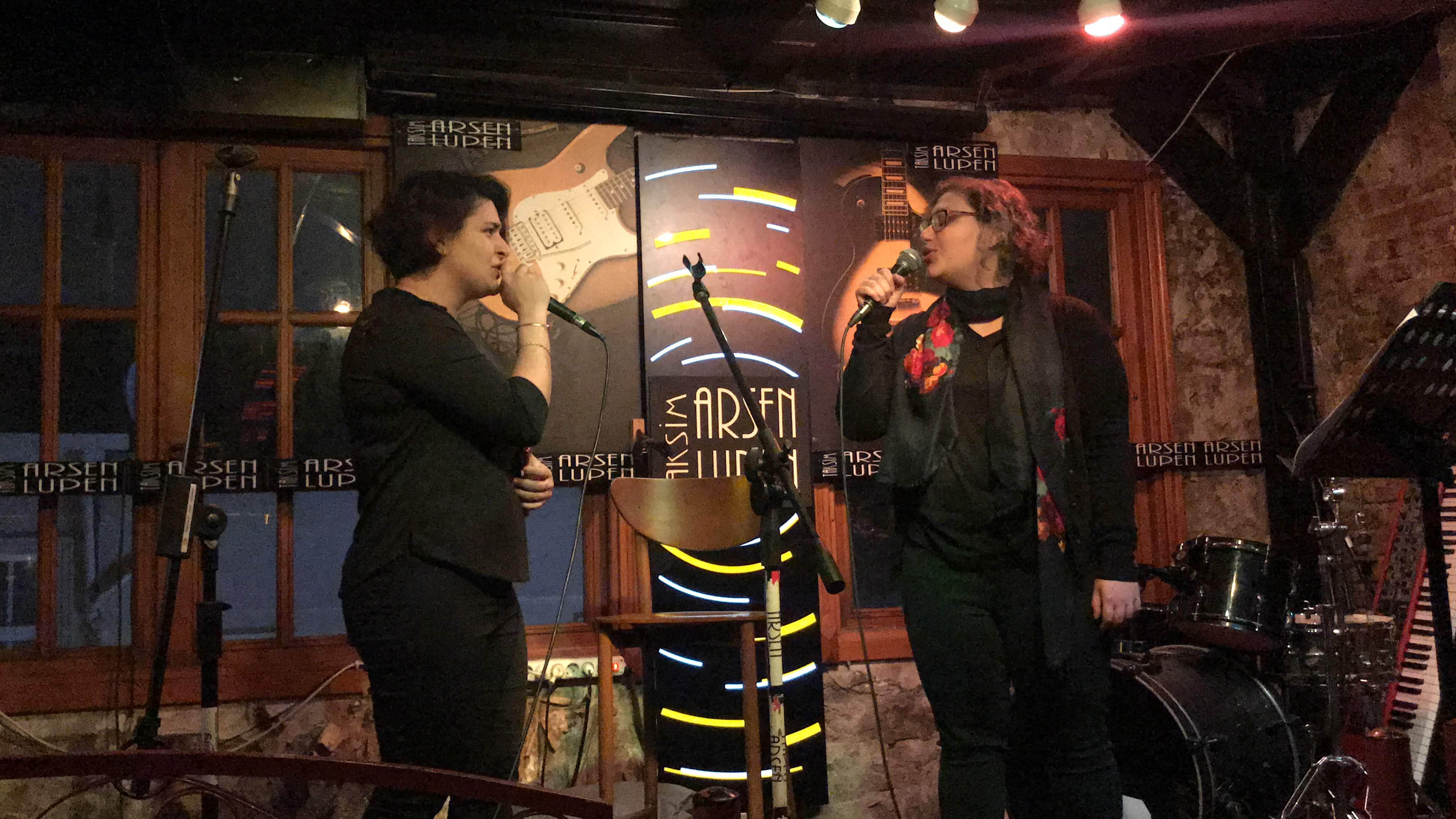 Have you heard of Spoken Word?

It’s an open-mic event. A microphone and a stage. All yours. For 6 minutes. You can do and say all you want. Just a few key rules apply:

Actually, you can be. I’ll just rephrase that. You can be everything you want to be. On the stage, you cannot express your or someoneelse’s Racist, Homophobic or Sexist thoughts in any form. As soon as it’s recognised, you’ll be warned to stop your speech/act/performance and leave the stage. Even if you’re a regular (there are several regular performers, who are on the stage almost every week), the rules apply to everybody the same.

Apart from those basic limitations, one can say anything, one would want.

I first came across with an open mic event in Dubai. It was an open mic for musicians. There was a microphone, some big size speakers and a stage. The rest was up to the performer. Sometimes the performer was one person with an instrument, sometimes with other performers, sometimes just one would go on to the stage and sing a song. It was a beuatiful event and I got to meet with a lot of people there.

After coming back to İstanbul, I wanted to organise a similar format event. However, due to my work hours, JCI and TEGV voluntary works, I didn’t have enough time to organise it. I was organising a conversation club at the time as well. At a later time, I saw this event at Facebook and wanted to take part in it. I didn’t know exactly what it was about. I just wanted to learn. When I went there for the first time, I was really intrigued. I saw performances in English (of course), German, Turkish (partially Turkish), Armenian, Arabic, Persian, French and some languages I have no idea about. A performer with ukulele

People sang, recited a poem, read a passage from a book, sang alone, sang with others, performed some improvisational theater performances, interactive performances, told some happy, sad, interesting memory and so much more. At some performances, I also heard very personal stuff, which I’d, not in a million years, share. Once, a Syrian Kurdish refugee told about his story from Syria, to Greece via sea, and then coming back to Istanbul via land road. He’s now living in Amsterdam, with his family. His refugee application was accepted and UN relocated him and his family. He was also a regular performer of stand-up comedy. Ah, yes. There is also, sometimes, stand-up comedy performances. One more, there is a Palestinian, who is like a beat box machine, using only his body and voice.

I also performed on the stage a few times. I always tell a funny and interesting story about my life. The foundation of Spoken Word Istanbul is quite similar to my story. Merve, the founder, has seen it when she was living in Paris. It was very interesting for her. So, after coming back, she started to organise it. First at every other week and then, due to high demand, she and some regulars/partners helped organise it every week. During summer time the intervals, sometimes, become at every other week but, usually with the start of September, the events are held at every week.

The best part of Spoken Word Istanbul is the audience. You may never have such a welcoming and accepting and supportive audience in your life. Even if your legs are shaking, your head is spinning, your hands are not stable, it does not matter. The audience welcomes you so well, you’ll feel at home, talking to very close friends.

I forgot to mention, the event is on Tuesdays. At Arsen Lupen in Istiklal Street. In winter, the events start at 20.30. But in summer, it’s 21.00. Because that’s the time when the sun sets 🙂

For a while, there was also a Turkish version of the event, which was held in Kadıköy. But due to location organisation, they had to discontinue the events. The Turkish version was more like a formal meeting. Maybe, some day will come and some people will start it again. I more like the English version though. People from many different countries join in and tell us about their minds. What I like most is the people’s memories. Really interesting ones.

If you’re up for an interesting evening, and want to hear some interesting and intriguing stories, you’re welcome to join in. You can find the event on Facebook and Instagram.

This site uses Akismet to reduce spam. Learn how your comment data is processed.